Researching topics like circumcision can be a daunting task for expectant parents.  Sifting through the contradictory information can be overwhelming, especially when parents only have the best interest of their child in mind.  We would like to share some information on circumcision to assist families in their research.

Circumcision, the surgical removal of the foreskin from the penis, is most commonly performed on newborns.  The foreskin, containing a similar of nerve endings as a clitoris, is a highly sensitive, functioning part of the male anatomy.  It’s purpose is to protect the glans, or the head of the penis, from abrasions and keep dirt and bacteria from the urinary tract.

During the procedure, the baby’s arms and legs are restrained using a circumstraint.  The foreskin is clamped and forcibly separated from the head of the penis, something that is not supposed to happen until adolescence when it would occur naturally.  This premature separation can cause damage to the glans and is extremely painful for the newborn. Once separated, the foreskin is cut and pushed back to expose the head of the penis.  A vice-like device is then slipped over the penis and tightened until the foreskin is removed.

RISKS
This procedure, which has been documented to have no medical value and to be for cosmetic purposes only, is not without risks. Every parent choosing to proceed with circumcision should be fully aware of those risks: 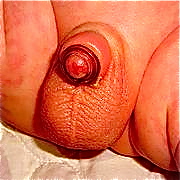 Watch the video Forskin Explained with Animation by clicking here. 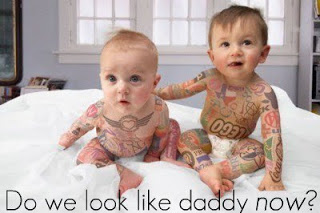 The Bottom Line
After reviewing 40 years of research, it has been determined by the American Academy of Pediatrics that circumcision has no medical benefit. Female circumcision is called Female Genital Mutilation. Male circumcision could be called Male Genital Mutilation, then, couldn’t it? A person’s sexual organs should be inherently protected at birth. If a girl grows up and wants to have cosmetic surgery done to her labia, she certainly can. If a boy grows up and wants to be circumcised, he certainly can.

Every single circumcision, 100%,  is done without consent.

Any parent who is considering circumcision should watch the procedure before making their final decision. Many parents wish they had made a different choice “if they had only known what it would be like”. Below is a video of an infant circumcision.  It is important to watch the video with the sound turned up. The content in the video is graphic and extremely difficult to watch. After over 2 years of researching circumcision for my family, I have just finally been able to watch the entire video. If you intend to have your newborn son undergo this procedure, please watch what they will be going through. Then you will be FULLY informed, and can make your decision based on facts and knowledge.

Click here to watch this video on Neonatal Circumcision.

Do you want to continue researching circumcision?  Here is a list of accurate resources:
A list of intact-friendly doctors
The Whole Network
http://intactivists.blogspot.com/
cirp.org
4eric.org
Intact America
Nocirc.org
What does Dr. Sears say?
Saving Our Sons
Jews Against Circumcision

Thank you for taking the time to read this post. We appreciate your time and attention to this highly controversial topic. Parenting is extremely difficult job, and making these types of decisions can be extremely intense, especially right after giving birth. It is one thing to make decisions during pregnancy, and another to make those same decisions once you are holding that precious little body in your arms. We are created to protect our children from any and all harm. If you have read this post and watched the videos, follow your heart once your son is Earth-side. Trust your instincts, and you will always make the right decisions for your children.

Many blessings on your parenting journey.

Excerpts from this post were originally published on Cluster Love.